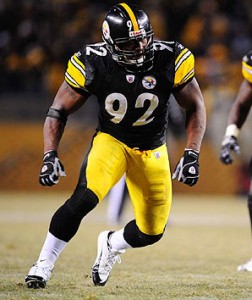 After reading the apology James Harrison issued to his teammates, the question now becomes will it be a distraction to the team? Is it enough to make the fans forget and concentrate on the upcoming season? The NFL Network crew compared Harrison to a “crazy uncle”, saying every team has a player of his magnitude. As adults and professionals, I would think all involved will make a whole-hearted effort to put this behind them because the season is right around the corner.

Being familiar with media personality, it is safe to say that some of his comments may have been taken out of context as Harrison claims, throughout the course of a long conversation. It is somewhat inconceivable to think Harrison would randomly go on a tangent and rip two players that are extremely important to the team’s success, QB Ben Roethlisberger and RB Rashard Mendenhall.

As I read the apology, I personally believe that Harrison knows he went a little too far, and his words seemed heart-felt because he has always been a team player, and clearly does not want this incident to become a distraction once training camp starts. One thing I hope Harrison learns for the future is to make sure his words are taken in the intended context, so he doesn’t set himself up for another circus such as this one. The apology stated:

“…The handful of words that were used and heavily publicized yesterday were pulled out of a long conversation and the context was lost. Obviously, I would never say that it was all Ben’s or Rashard’s fault that we lost the Super Bowl. That would be ridiculous. Both Ben and Rashard are great players and great teammates. Clearly the entire team bears responsibility for the loss, me included. It was a team effort and a team loss. My teammates know me well, and hopefully understand the things I said were not meant to accuse them of the loss.”

As a fan, I think his apology was very appropriate. I was furious when I first heard about the comments he made, as 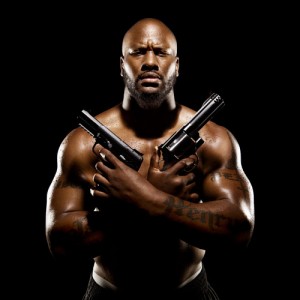 they were the exact opposite of the team concept the Steelers advocate. One of the hardest things in life is admitting wrong, owning up to a mistake, and apologizing. Harrison has done just that, and I firmly believe he is telling the truth when he says the publisher was picking and choosing what parts of the comments went into the article, because it just doesn’t make sense otherwise.

As a Steeler fan, I have no problem with Harrison refusing to apologize to Hitler Goodell. I have always said he is inconsistent with who gets targeted for hitting too hard, Harrison and the Steelers had an X wrongly marked on their backs all season last year. Goodell is a hypocrite, advocating player safety at the same time wanting to extend the season to 18 games. Also I think he should look into changing the helmet-to-helmet rule so it takes into account the actions of the offensive player, because I have seen many hits where the ball carrier braces himself or lowers his shoulder, creating the helmet contact that gets blamed on the defender.

I think athletes get placed in fish bowls way too much. Everyday people make mistakes, say things they shouldn’t have, and have to own up to it. Just because he is a professional football player doesn’t mean he isn’t a human being, and that goes for everyone who is placed on a pedestal by the media because of their status. I hope Harrison and the Steelers can put this incident behind them and get ready to hit the field this season, as the lockout is nearing its end and a deal is expected by the end of this week.