If you hadn’t seen in the last few days, Bills WR Stevie Johnson signed a fat new 5-year contract with the Buffalo Bills yesterday. Personally, I think this was the best thing that could have happened for both parties, as Stevie is a top-notch wide reciever and the Bills were definitely in need of one.

First, I’ll talk from the perspective of a non-fan. The deal is worth $36.25 million dollars over five years, with $19.5 million of that in guaranteed money. Around 24 million of that will be paid out in the first three years, and Stevie will be under contract until 2016, the year that he turns 30. Stevie was looking for about 8 Million per year, and was given just slightly less than that. On average, his contract is worth about 7.5 million a year. This is to the contrary to the reports that had came out a while ago that said that the two sides were far apart on contract talks.

Now, I’ll talk from a fan perspective. Personally, I think that this was the biggest move that the Bills NEEDED to make this offseason. If Stevie hadn’t been given big money and he had walked away and played somewhere else, there would have been big consequences from many different sides of the game. First off, the fans would have been furious. It’s been something of a common discussion topic between Bills fans that our dear owner, Ralph Wilson Jr., didn’t like to spend big money on his players. Fans call him cheap. We’ve seen players like Marshawn Lynch, Aaron Maybin, and Willis McGahee play elsewhere and be much more succesful with their new teams. Aaron Maybin even said in an interview with Jim Rome in December that he doesn’t even think the Bills are trying. This year alone we have seen that change twice. First, Ryan Fitzpatrick got a big-money deal, and now Stevie has. Along with these two big signings, GM Buddy Nix has said that the Bills plan on being “very agressive” in free agency, and reports are coming in that they could be in the running to sign soon-to-be free agent Wide Reciever Vincent Jackson. 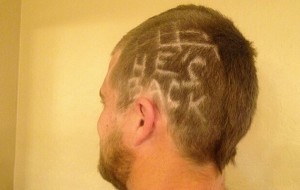 Stevie’s signing obviously had to be the first priority in the offseason, and now that he’s been signed it should set off a domino effect for the Bills during the upcoming free agency period. Now that they have a number one wide receiver locked up, they can focus on building around guys like Stevie and Ryan Fitzpatrick. Speaking of ol’ Fitz.. did anyone see his new haircut?

The next focus has to be putting another wide receiver on the other side of Stevie, and some kind of pass rush on defense. I think the next piece to the puzzle is going to be Vincent Jackson. Jackson was a former teammate of current Bills linebacker Shawn Merriman, who recently tweeted “Got em coach” which immediately got the fans speculating to who the “him” was. Some fans jumped to the conclusion that he meant his friend/former teammate Jackson. I think he’d be a good compliment to Stevie, and it would force defenses to choose between double teaming stevie or Jackson.

The Bills definitely need to continue to be aggressive in the  free agency period, as even with Stevie’s new deal the Bills So the actual Cash to Cap number will be $11 million. That should leave Buffalo with $22-23 million in cap left. I won’t pretend that I understand all the cash-to-cap numbers, this is just what I found in my research.

The Stevie signing was a great thing for the Bills because it gave the fans something to be glad about. In the last decade, that hasn’t happened very often. If good moves keep being made by management, Bills fans (myself included) could have a lot more of these feel-good moments in the coming months and years. Things are looking up, Bills fans. And it all started with THIS signing.

Thanks for reading!
Make sure to follow me on twitter, and if you have questions you want to ask, ask me on formspring!