This list is comprised of the best young, up-and-coming cornerbacks in the game today. It is based off the last couple seasons, and does not include established greats such as Darrelle Revis, Charles Woodson, Asante Samuel, and Nnamdi Asomugha. Rather, it is the next great crop of corners who will dominate the league in the future aside from the guys who are already at that level. 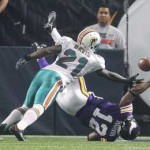 Davis became a starter for the Dolphins in only his second year last season. His mix of speed and instincts give this young man a limitless upside, and he will be a staple in the Miami secondary for years to come. His statistics don’t show his true ability, but I expect a break-out season from Davis in 2011 in which his stats will do his skills justice. 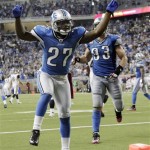 Smith provided a glimmer of hope for an inconsistent Detroit secondary in 2010. In only ten games started last season in his second year in the NFL, Smith had eye-popping production. If he can return healthy, he will be the lockdown playmaker the Lions needs in pass defense to compliment their soon-to-be dominating defensive line. 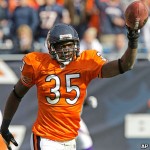 Bowman had a monster season for the Bears in 2009, but saw limited action last season due to an injury. After initially being sent to the practice squad, Bowman replaced Nathan Vasher as the starter in ’09 and never looked back. Should he return healthy in 2011, expect nothing less but a continuation of the big-time play from Bowman we saw in 2009. 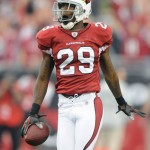 Rodgers-Cromartie saw his production tail off last year after a huge season in 2009. This can be solely attributed to opposing quarterbacks not wanting to put the ball anywhere in his area due to his ball-hawking skills and blazing speed. He is another guy who was born to be a shutdown corner, and he has become just that as it is apparent offenses are scared to go in his direction. Look for his stellar play to improve in 2011. 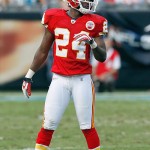 As with Rodgers-Cromartie, Flowers’ production went down last season after his breakout year in 2009. This could be attributed to improvements all around on the Kansas City defense, and being targeted less by opposing offenses. He is a lockdown corner who always takes on the best receiver on the opposite side, and his consistency shows this. In my opinion, he is already a premiere corner and will only improve on this status 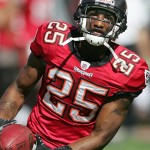 In his 4th year out of Kansas, Talib has proven that he was well-deserving of the praise he received when he entered the NFL. He recorded four interceptions as a rookie in 2008, and has increased that number each season after becoming a starter in 2009. If he can stay out of off the field trouble, Talib has the ability to become an elite corner in the league. 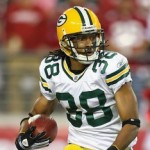 Entering his 5th season in the NFL, Williams made the most of his first season as a starter in 2010, and was an intricate part of the Packers’ Super Bowl run, especially in the post-season. He clearly displayed superior lockdown ability, speed, and ball skills. Should he continue his outstanding play, the Packers secondary will be a force to be reckoned with for years to come even after Charles Woodson departs. 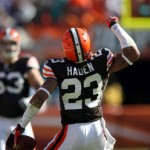 Haden hit the field as a rookie last year, and gave in instant spark to an improving Browns defense. He will need to continue to dominate in order for the Browns to be competitive in the stacked AFC North Division. He was highly regarded coming out of Florida, and now we all see why. 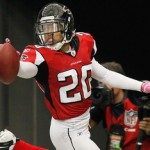 In his first season as a starter in 2010, Grimes emerged as a bigtime playmaker for the rising Falcons in his 4th year in the league. He has shutdown ability, and excellent ball skills, which became evident in 2009 when he record six picks in only eight games started. Look for more big things from Grimes this season as he anchors the Atlanta secondary. 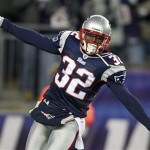 The Patriots got a nice surprise from the rookie out of Rutgers last season, which is Pro-Bowl caliber play and veteran savvy from a 23 year-old. McCourty put up numbers all across the board in his first season, and easily leads the pack in the discussion of up-and-coming corners who can shut off whole sides of the field. It will be exciting to see what the future holds for this dynamite player.