This is going to be a tough season to predict, given all the craziness a shortened 48-game regular season slate could bring. But, without further ado, here’s our forecast: 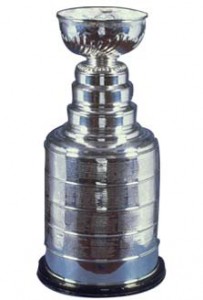 The New York Rangers are a popular pick to hoist the Cup this year, but the Capitals have all the pieces as well. Remember, they took the Rangers to seven games in last year’s Eastern Conference semifinals. With a new offensive system under head coach Adam Oates, Alex Ovechkin should get back on track. Combine that with Nicklas Backstrom and Mike Green being at 100% health, and the Capitals finally having a legitimate second-line center in Mike Ribeiro, who was acquired this past offseason in a trade with the Dallas Stars, the Capitals are legitimate Cup contenders. If Braden Holtby can duplicate the success he had in the playoffs last year (.935 save percentage, 1.95 goals-against average), don’t be surprised if the Cup is coming to Washington, D.C.