Boston Bruins: What a wild week for the Boston Bruins. All-Star goalie and American Olympian Tim Thomas refused to visit the White House for last year’s Stanley Cup Victory with his teammates because of his political beliefs, particularly his beliefs against President Barack Obama. First of all, no one blows off the President and if your teammates are going to the White House to celebrate a Stanley Cup victory that you were very much a part of, you go no matter what your political beliefs. Classless move by Thomas.

Buffalo Sabres: The Sabres head into the All-Star Break tied for last place in the Eastern Conference with 45 points. This team’s downward spiral has lasted all season, and if there aren’t major changes before the Trade Deadline there is little doubt that this tailspin will continue until the end of the year.

Carolina Hurricanes: The team the Sabres are tied with for last place in the East is the Hurricanes. After trading away Ponikarovsky 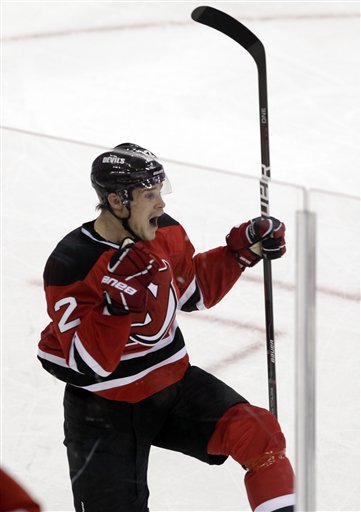 to the Devils, the sale in Carolina is now open as all players on the team will most likely be trade bait come Trade Deadline time. Although that probably wouldn’t be the case if the team wasn’t 5-13-6 away from home. #wow

Florida Panthers: The Panthers finally won a road game against the Winnipeg Jets last Saturday in a marathon shootout that lasted seven rounds. The Panthers had lost their previous 8 road games, and have fallen to 7th in the East.

Montreal Canadiens: The Canadiens got a outburst of offense last night as they defeated the Detroit Red Wings 7-2 at home in front of a rowdy Montreal crowd. Don’t worry though, Montreal, your team is still 11th in the East.

New Jersey Devils: The Devils announced today that rookies Adam Larsson and Adam Henrique would not attend the 2012 All-Star Game due to injuries they both are nursing. Hopefully this team can get healthy again, as they have a ton of injuries that are starting to hurt them in the standings. They will need the rookie duo to perform if they want to make the playoffs this year.

New York Islanders: The Islanders lost both sides of a home and home with the Toronto Maple Leafs, which ended yesterday in a 4-3 overtime loss. Despite that, the debate has risen whether John Tavares is an elite player. Everyone seems to think so, but it’s so hard to judge considering the losing nature of the Islanders organization.

New York Rangers: What are teams going to have to do to beat the Rangers? No one knows. The team is on a tear, going 7-3-0 in their last 10 games and are only one point behind the Detroit Red Wings for the league lead in points. Henrik Lundqvist is on fire, and it seems like this team is ready to make some serious damage in the playoffs.

Ottawa Senators: With the All-Star Game ready to be taken place in their home city, the Senators enter the All-Star Break in a good position. They are 27-19-6 with 60 points. Although they have lost their past 3 games, they still remain deeply cemented into a playoff spot.

Philadelphia Flyers: I think it’s fair to say the Flyers are an elite force in the East. They are 6-3-1 in their last 10 games and are 18-6-1 at home this season. It’s especially impressive considering the injuries that the Flyers have taken on this season, and the rookies that have stepped up to fill those voids. 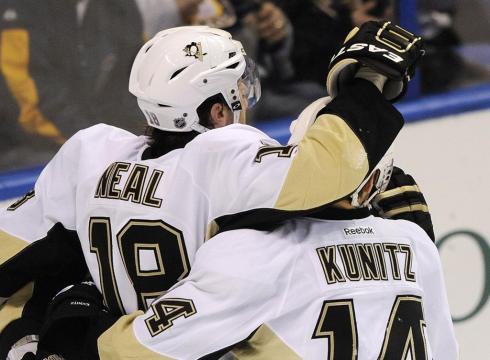 Pittsburgh Penguins: With superstar Sidney Crosby still out with a concussion, players like James Neal and Evgeni Malkin have seriously stepped up their game to fill the void. James Neal replaced Alex Ovechkin in the All-Star Game, although Neal should have been voted in with the original cast of characters if you ask me.

Tampa Bay Lightening: Nobody look, but the Lightening have won their past four games. They still remain 9 points out of a playoff spot, and at this point it seems like it would take a miracle to get this team to make up that difference.

Toronto Maple Leafs: The Leafs are in a three way tie with the Devils and Panthers for the 7th and 8th places in the Eastern Conference. I’m telling you right now, the playoff race is going to be a dogfight at the end of this year and these three teams will be in the heart of it.

Washington Capitals: First of all, let me just say this. When your name is Alex Ovechkin and you are considered one of the best hockey players in the league, and one of the faces of the NHL, you are going to be expected to attend the All-Star Game. Ovechkin is being a cry-baby by not attending the festivities, although his reason (a 3-game suspension that he felt was unjustified) is probably valid.

Winnipeg Jets: The Jets are 5 points out of that three way tie with the Leafs, Panthers, and Devils for the last playoff spots in the East. However, it’s a grim sign when your team is 7-14-4 on the road this season. Ouch.

Anaheim Ducks– Is Bobby Ryan ONLY capable of scoring ridiculous, highlight-reel goals? Both of his goals against Colorado on January 22nd came off breakaways.

Calgary Flames– Newly reacquired forward Michael Cammalleri made an impression on his new/old team by scoring a goal in his first game back in Alberta, but since then he has been held pointless in the last three games…

Chicago Blackhawks– Placed captain and leading goal-scorer Jonathan Toews on injured reserve. Lucky for Chicago, they still have two other 20-goal scorers (Marian Hossa and Patrick Sharp) to replace his offensive output for the time being.

Colorado Avalanche– Originally touted for his faceoff and defensive prowess, former second-round pick Ryan O’Reilly has put the Avalanche on his back ever since Matt Duchene went down with an injury a few weeks back. Through 50 games, O’Reilly leads the team with 14 goals, 22 assists and 36 points, and has already bested his personal career highs in all three categories with that stat line.

Columbus Blue Jackets– The team might still be awful, but at least Rick Nash is still awesome. Check out the goal he scored against Nashville this past week:

Dallas Stars– Locked up defenseman Alex Goligoski to a four-year, $18 million contract. Goligoski has been the Stars’ top-scoring defenseman since he was brought over in trade with Pittsburgh last year. Though, it’s tough to say Dallas benefitted from the deal, since they gave up forward James Neal for Goligoski. Neal has 27 goals so far this year for the Penguins while being named to the 2012 All-Star Game….

Detroit Red Wings– They head into the All-Star break atop the NHL standings with 67 points, and a goal differential of +48, second only to Boston’s ridiculous +69…

Edmonton Oilers– Goaltender Devan Dubnyk stopped an incredible 44 of 45 shots in a 2-1 Oilers shootout win over the San Jose Sharks on January 23rd. Unfortunately, that was only the teams first win in eight days, and Edmonton is still on pace to finish last in their division…

Los Angeles Kings– Goaltender Jonathan Quick, Los Angeles’ only All-Star, leads the NHL in shutouts with six as the league heads into the All-Star break.

Minnesota Wild– They scored three goals in 59 seconds against the Dallas Stars during a 5-2 win last Saturday. The second of those goals was scored by Chad Rau, who was making his NHL debut. Not only was that the first goal of Rau’s career, but it ended up being the game-winner…

Nashville Predators– Think they could benefit from realignment? They have 64 points, but are still only in third place in the Central Division, behind Detroit (67) and St. Louis (65). If Nashville moves to a more geographically correct division, by say, swapping places with Winnipeg in the Southeast, they’d be in first place by a whole nine points.

Phoenix Coyotes– Glibert Brule, former first round bust of the Columbus Blue Jackets (6th overall pick back in 2005), has caught fire since joining the Coyotes a little less than two weeks ago. In seven games with the ‘Yotes, Brule has three goals and an assist, all coming in the last five games.

San Jose Sharks– Oh, that Logan Couture. He can score, set up teams, and even make a save to bail out his goaltender. Check it out:

St. Louis Blues– Brian Elliot might be the Blues’ All-Star netminder, but let’s not forget just how good “backup” Jaroslav Halak is. Check out this ridiculous save he makes against the Red Wings:

Vancouver Canucks– They’ve picked up at least one point in five of their last six games (4-1-1), and comfortably head into the All-Star break with a nine-point cushion in the Northwest Division.