Boston Bruins: What really can you say about this team? They are 8-2 in their last 10 games, most recently a 8-0 bombardment of the Florida Panthers. They are second in the Eastern Conference only to the NY Rangers. And, oh yeah, they have players like players like Benoit Pouliot who…well…just tear it up.

Buffalo Sabres: Okay, seriously, what is wrong with the Sabres? New owner, new players, all star goalie, same old coach. I wonder what needs to change…

Carolina Hurricanes: Kirk Muller and John MacLean seem to be slowly righting the ship in Carolina, but the Hurricanes are still 4-4- 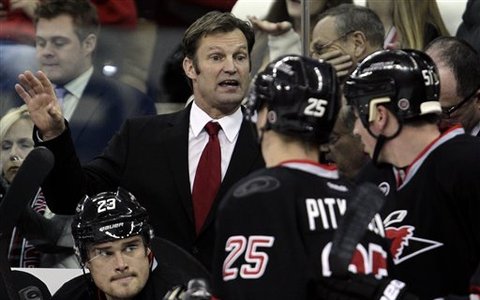 Florida Panthers: The Panthers ended a three game skid with a 5-3 win over the Maple Leafs. Because the rest of the Southeast Division is terrible, however, the Panthers remain at the top of the Division despite the losing streak.

Montreal Canadiens: I wonder where the Canadiens will end up by season’s end? They have not impressed so far this season, but this franchise seems to be in panic mode. Luckily, Brian Gionta and Scott Gomez should be coming back soon.

New Jersey Devils: It’s always interesting when you have the best penalty kill in the league, but the worst powerplay. Ilya Kovalchuk said the team was making it harder on themselves, after they lost to Carolina Monday night. Understatement of the year.

New York Islanders: This week has changed nothing, in terms of positioning for the New York Islanders. Three game losing streak and 3-6-1 in their last 1o. But hey, something’s gotta give sometime right? ….right? Hello?

New York Rangers: Is anyone comparing the New York Rangers this year to the Pittsburgh Penguins of last year? I’m sure someone at HBO has already made that connection. With the recent surge, the Rangers are on top of the Eastern Conference.

Ottawa Senators: The Senators are in serious contention for a playoff spot, despite having a mediocre roster. I guess two years of struggling really changed their mentalities. The Islanders should give them a call. 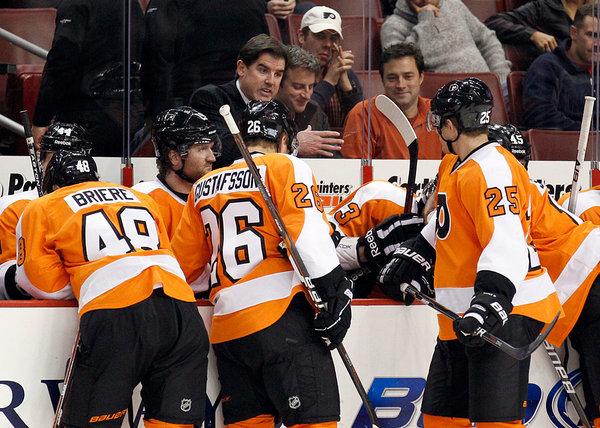 Philadelphia Flyers: If the Flyers lose the Winter Classic January 2nd against the Rangers, in which it’s looking more and more likely that they will, will the NHL finally realize that the Flyers will never win a Winter Classic and finally stop putting them in it?

Pittsburgh Penguins: I wonder how Crosby feels, continually being taken out for concussion symptoms and his team still going strong?  They have won their last 4 games.

Tampa Bay Lightening: Guy Boucher’s team put up a serious effort against the Philadelphia Flyers, putting up 4 goals in the first two periods. You’re kidding yourself if you don’t think the Flyers saw the 3-1-1 in the third period of that game.

Toronto Maple Leafs: Christmas came early for Maple Leafs coach Ron Wilson, who found a contract extension under his tree. After which all of Leafs nation exclaimed “WHY??” in complete unison.

Washington Capitals: Washington defeated the Rangers tonight to improve to 10th place in the Eastern Conference. However that isn’t nearly good enough for a team that should have been one of the leagues best this season. Oh, where art thou, Alex Ovechkin?

Winnipeg Jets: Has the charm of the Jets finally worn off? You bet, especially since everyone has realized that this team used to be the Atlanta Thrashers.

Anaheim Ducks: Will Bobby Ryan be traded? Rumors continue to swirl, but nothing concrete has really materialized. Bruce Boudreau has to decide if he wants to keep the talented left wing or try and build his vision of the team by dealing him for multiple pieces….

Calgary Flames: Would it be bad wordplay to say the Flames are heating up? Semantics aside, that’s exactly what they’re doing, climbing back into the Western Conference playoff picture on the heels of a three game winning streak…

Chicago Blackhawks: They became the first team to 50 points in the NHL this year, despite a shaky goaltending situation. The ageless Marian Hossa leads the team with 40 points, but doesn’t have the most goals or assists on the team… 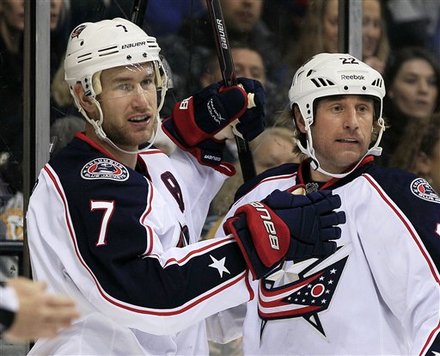 Colorado Avalanche: Maybe if the Avalanche want to win more games, they need to just get to overtime. They’re 6-0-1 in overtime, winning all six of their games that have gone to a shootout.

Columbus Blue Jackets: Jeff Carter is finally heating up, notching seven goals in his past eight games, but it may be too little, too late in a season that has already slipped away from the last-place Blue Jackets…

Dallas Stars: They badly need G Kari Lehtonen back. As good as Richard Bachman is, they can’t expect him to start ten straight games. And they definitely can’t let Andrew Raycroft back between the pipes anytime soon….

Detroit Red Wings: The team mourns the loss of former player and coach Johnny Wilson, a four-time Cup champion and the first player to ever play every game in eight consecutive seasons….

Edmonton Oilers: Amid Ryan Nugent-Hopkins phenomenal rookie season, Jordan Eberle’s amazing campaign has taken a back seat in terms of media coverage. Despite the presence of two former #1 overall picks (Nugent-Hopkins and Taylor Hall), Eberle actually leads the team in goals (16) and total points (38), and is tied for the team lead in assists (22)…

Los Angeles Kings: Only six players on the entire Kings roster have a positive plus/minus rating, and the team is second-last in the league in goals scored. Not good for a team that was supposed to contend for a Stanley Cup championship this year…

Minnesota Wild: After a brief stint at the top of the NHL standings, they’ve  lost seven (0-4-3) in a row and slipped to second place in their own division. During that seven game span, they’ve averaged just over one goal scored per game…

Nashville Predators: Shea Weber has a concussion, putting the Predators in an even more dire defensive situation. They’ve given up 15 goals in the past three games, and it could get worse with their best defenseman sidelined….

Phoenix Coyotes: Newly acquired defenseman David Rundblad chipped in an assist in his first game as a ‘Yote…the team recalled G Curtis McElhinney in an attempt to find a goaltender to temporarily replace the injured Mike Smith after Jason LaBarbera’s latest poor 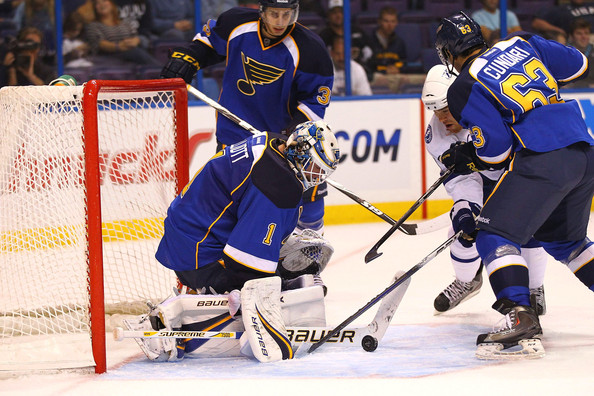 San Jose Sharks: No one on the team has broken the 30 point mark, but the Sharks still stand atop the Pacific Division. Joe Thornton is closest to that particular plateau, having netted 29 points so far…

St. Louis Blues: Goaltender Brian Elliot, who leads the league with a 1.55 GAA and four shutouts,  has been a godsend for the Blues, who now have the third best goals allowed average in the league after enduring early season struggles from Jaraslav Halak, and have climbed to the second spot in the Central Division standings…

Vancouver Canucks: Finally back on top of the Northwest Division on the strength of the Sedin twins play. Each has six points in the last five games, a span in which the Canucks went 4-1-0. The only game they lost? A 3-1 decision to the Flames, in which neither Henrik nor Daniel notched a point.