America has long been the “little brother” to Canada in terms of hockey talent, as the NHL is dominated by players from “The Great White North”. Still, America manages to produce its fair share of hockey players. From goaltenders Ryan Miller and Tim Thomas, to forwards like Zach Parise, Ryan Kesler and Patrick Kane, the United States is still capable of competing with the rest of the world when it comes to churning out skilled hockey players. Two of the best young American players in the game, one could argue, are wingers Phil Kessel of the Toronto Maple Leafs, and Bobby Ryan of the Anaheim Ducks. Both are key players on their respective teams, despite the fact that neither is over the age of 25 (in fact, Kessel and Ryan are both 24 years old). But who is the better player? Who would be more highly coveted as a free agent? Let’s examine. 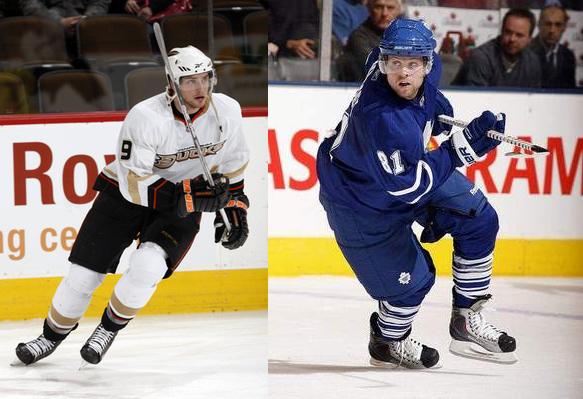 Bobby Ryan of the Anaheim Ducks, left, and Phil Kessel of the Toronto Maple Leafs

The Case for Bobby Ryan
Bobby Ryan, the second overall pick in the 2005 NHL Entry Draft, is an incredible playmaker. His ability to control the puck, “toe-drag” and dangle is almost unmatched amongst American forwards. When he wants to, he is capable of creating jaw-dropping goals, as seen here in the 2011 playoffs against the Nashville Predators. 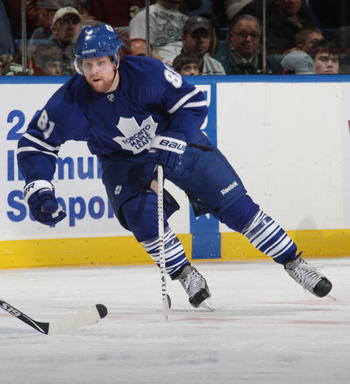 The Case for Phil Kessel
He’s a fast, highly skilled forward who has developed a keen sense of positioning, allowing him to create goal-scoring opportunities for himself and others. Though he got off to a slow start to his career (he was originally a Boston Bruin, who selected him with the fifth pick in the 2006 Draft but later traded him to the Maple Leafs), Kessel has developed into an upper-tier player in the NHL. He’s had four straight seasons, from 2009-12, of scoring 30+ goals. Looking at that closely, one will see that a mere 55 games into the 2011-12 season, Kessel has already eclipsed the 30 goal mark, and could very well hit 50 before year’s end. Like Ryan, he was named to the 2010 U.S. men’s Olympic Hockey team. In 428 career games, Kessel has 158 goals, 145 assists and 303 career points. 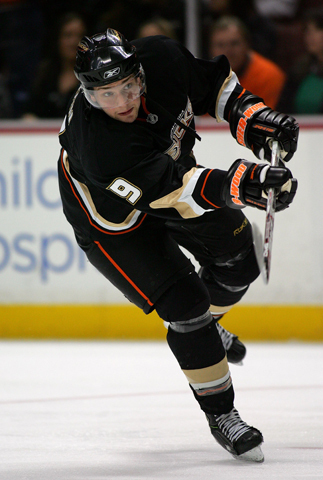 The Case against Bobby Ryan
He’s always had the benefit of playing on a great line. Linemates Ryan Getzlaf (two-time All-Star) and Corey Perry (three-time All-Star, Hart Trophy and Rocket Richard Trophy winner) have a host of accolades to go along with their talent and production, and could be the reason Ryan’s numbers are as high as they are.

The Case against Phil Kessel
Kessel’s puckhandling skills aren’t nearly on the same level as Ryan’s. Kessel also has an atrocious career +/- rating of -16, pointing to a defensive deficiency in his game. He’s also never had an individual season that matches Ryan’s best years when it comes to goal scoring or total points. His career points-per-game average (0.70) is also worse than Ryan’s (0.77)

Final Verdict:
While American hockey is certainly better for having both Bobby Ryan and Phil Kessel as part of its future, one of these two players is better than the other. And while Kessel’s current season (30 goals, 28 assists, 58 points) outstrips Ryan’s present numbers (20 goals, 12 assists, 32 points), the overall body of work is more important when judging these two players. Ryan’s career points-per-game average surpasses Kessel’s, and Ryan’s best seasons are also better than those of his Maple Leaf counterpart. Again, while both are highly talented players, Bobby Ryan’s consistent production and elite personal skill set outweigh Kessel’s. In ten years, the answer may be different, but right now, Bobby Ryan is a better overall player than Phil Kessel.