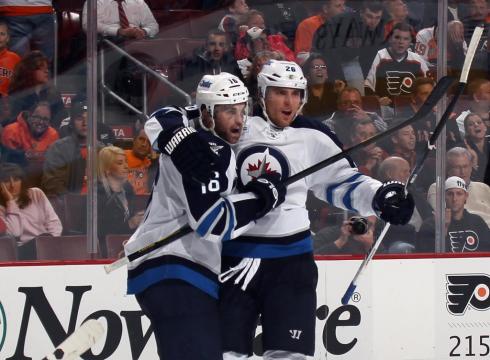 In one of the craziest games to date, Alex Burmistrov and the new Winnipeg Jets beat the Philadelphia Flyers by a staggering score of 9-8. 15 different players on both teams scored a grand total of 17 goals.

For the Jets, this was not only a wild game, but also a stepping-stone. They had nine different players score nine goals to give them their first road win of the season. A team that has struggled to start the season went toe-for-toe with one of the leagues best, and matched them goal-for-goal. Remarkable.

This was a wild game, but a huge game if you’re a Jets fan. First road win of the season, and they scored 9 goals to get there, the most by any team in any one game this season. The Jets play their division rivals the Tampa Bay Lightening tomorrow night at 6 pm, lets see if they can build on one crazy night of hockey.