Home / NHL / “Huh?” A Reaction to the Habs-Bolts Goaltending Trade 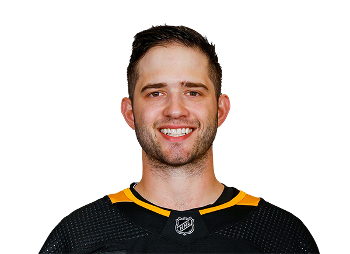 Dustin Tokarski was traded from Tampa Bay to Montreal on Thursday

On Thursday, February 14th, the Montreal Canadiens and Tampa Bay Lightning swapped minor league goaltenders; the Habs get Dustin Tokarski while the Bolts land Cedric Desjardins.  Though it may not seem like such a big deal, to this writer’s opinion, the Canadiens made out like bandits!

Tokarski, a Humboldt, Saskatchewan native, has played 33 games for the Lightning’s AHL farm club Syracuse Crunch with an 18-8-4 record. A 5th round pick out of the Spokane Chiefs of the WHL in 2008, Tokarski guided Tampa Bay’s former farm team the Norfolk Admirals to a record breaking season, setting a professional hockey record for most consecutive wins by a team with 28, and capped it all off by winning the Calder Cup (the AHL’s version of Lord Stanley).

Desjardins, an Edmundston, New Brunswick native, played in 22 games for the Hamilton Bulldogs in the Montreal Canadiens system amassing a record of 7-13-2 record. Having previously played for Hamilton from 2008-2010, where he was an AHL All Star and the winner of the Harry “Hap” Holmes Memorial Award for lowest GAA in the AHL. He spent the 2011 season as a member of the Lake Erie Monsters before resigning with the Bulldogs this past offseason. Ironically this is not the first time he’s been traded from Montreal to Tampa. Back in 2010 he was traded to Tampa for former Bolt Karri Ramo.

This trade had me scratching my head. With Tokarski, the Lightning had a young, up-and-coming goaltender who could one day be a starter in the NHL, if nothing a formidable back up for the team. He’s a Calder Cup winner and yet again had the Crunch (formerly the Norfolk Admirals) along with Riku Helenius (a former 1st round pick of the Bolts) near the top of the AHL, however it seems that Helenius has started to emerge as the #1 guy in the ‘Cuse (he was just named AHL Player of the Week). Tokarski heads to a team that’s not only last place in the Western Conference, but last place in the entire AHL. In Desjardins, the Bolts (or Cruch) get a solid minor league goaltender with starting experience who, when called upon, can be a starter for the team. Syracuse’s defense is much better than Hamilton’s and the team is far more talented. It’s a rebuilding year for the Montreal system and Hamilton is no exception, which could be cause for Desjardins’ poor record.

Would I have made this trade if I were Steve Yzerman? No! But lets remember, Stevey Y is a multiple Stanley Cup Champion and I’m just a guy who watches the game. Yzerman knows what he’s doing and in a way it’s a win-win for both teams (though it may not seem like it at the moment). The Habs get a solid young goaltender who is soon NHL ready, and Desjardins is a goaltender who can make an impact for an already LOADED Crunch team who’s poised to make yet another run at the Calder Cup.