One of the best parts of the sport of Hockey are the jaw-dropping open ice hits that rattle the hearts and minds of opponents everywhere. Here are my top 10 best hits in the NHL: 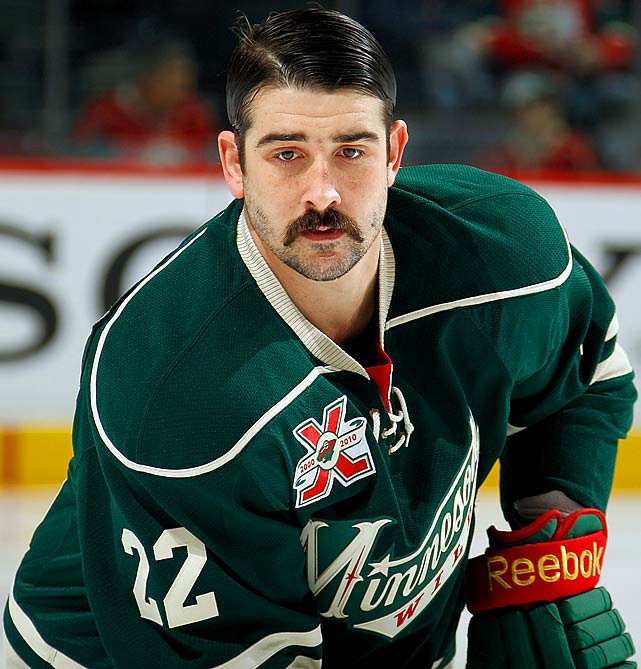 10) Minnesota’s Cal Clutterbuck hits Dallas’s Brad Richards – Throughout his career as a member of the Minnesota Wild, Cal Clutterbuck has not really been known as a scorer. His big body and head-on mentality has made him one of the most successful enforcers in the league. On February 2nd in a game against the Dallas Stars, Clutterbuck used his power to take out his anger on superstar Brad Richards, who currently plays for the New York Rangers. Here is the hit: http://www.youtube.com/watch?v=WWHHcaKtWj0 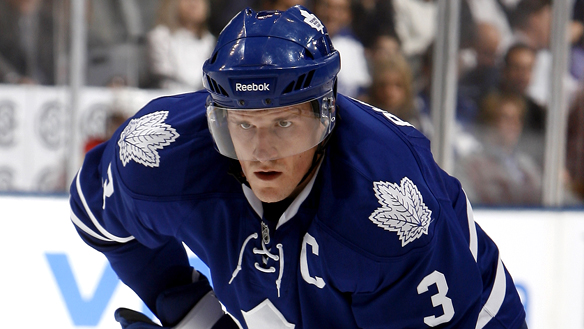 9) Dion Phaneuf destroys Ottawa’s Stephane Da Costa – It’s always nice to see a good ol’ open ice hit by none other than Toronto’s favorite captain Dion Phaneuf. Once a Calgary Flame, Phaneuf has made a name for himself as one of the leagues hardest hitting defenseman. This hit at the beginning of this year was monsterous. Check it out: http://www.youtube.com/watch?v=1sdDZunmjZ8 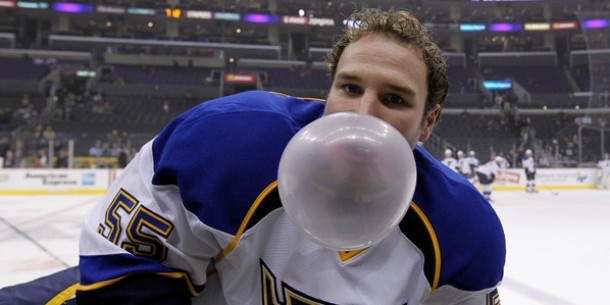 8 ) Blue’s Cam Janssen hit on Montreal’s Carey Price – I’m not going to lie, Cam Janssen is one of my favorite NHL players. The guy is just goofy and, oh yeah, he hits people really hard. However, in this particular game, Cam chases down a loose puck and finds himself in a foot-race with Montreal goaltender to get there. They end up getting more acquainted then anyone expected, as Cam leaps into the loving embrace of Price’s open arms…well not exactly: http://www.youtube.com/watch?v=Fs7XQrIbIfQ 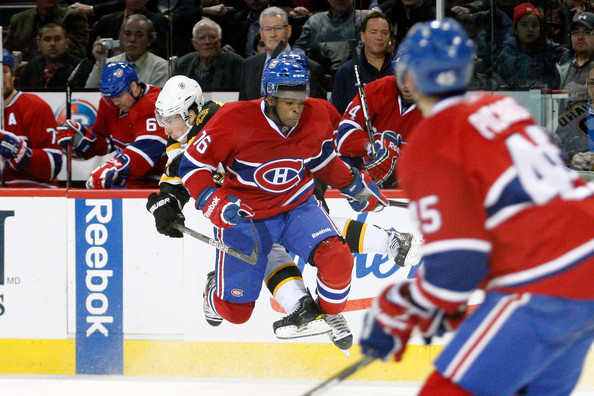 7) Montreal’s P.K. Subban Destroys Boston’s Brad Marchand – I think the title really says it all. The Bruins and the Canadians hate each other, and this doesn’t really help. PK Subban is one of the hardest hitters in the league, and he lays one out on Brad Marchand here. Take a look: http://www.youtube.com/watch?v=5YG9Na5F9eg 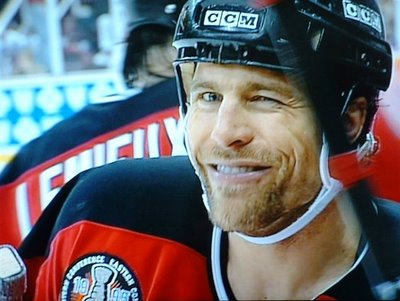 6) Scott Stevens Lays Out Slava Kozlov in 1995 Finals – There is no bigger pressure in Hockey than the Stanley Cup Finals, and there was no bigger hitter than Scott Stevens, captain of the New Jersey Devils. Game 2 of the finals, Stevens comes across and lays out Detroit’s Slava Kozlov. The Devils later sweep the series 4-0 against the Red Wings to win their first franchise Stanley Cup Championship: http://www.youtube.com/watch?v=aYQf9cxzJFg 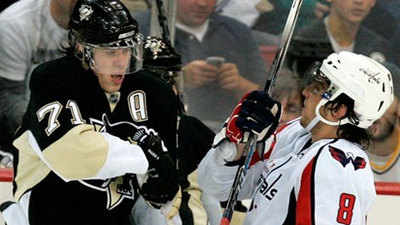 5) Ovechkin hit on Pittsburgh’s Evgeni Malkin – The two Russian superstars have become bitter rivals with each other, and considering they play for two opposite sides of one of the biggest rivalries in the league, it’s easy to see why. Ovechkin is a scoring machine, but has also made a name for himself as a hard-hitting winger. Ovechkin uses his power here on his Russian counter-part, and he hits him…sort of hard I guess: http://www.youtube.com/watch?v=65KA2axebUs 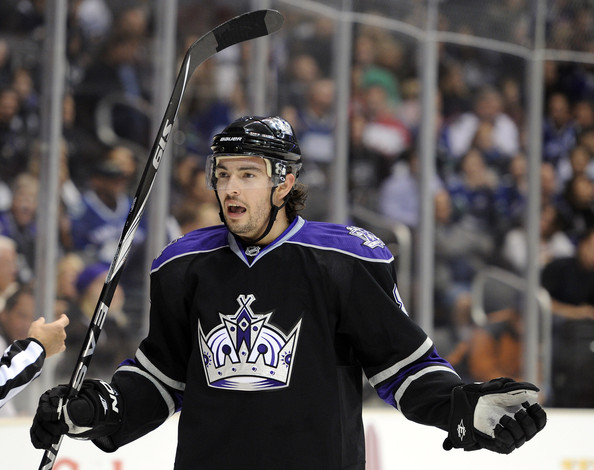 4) Drew Doughty hit on Taylor Hall – As one of the most powerful defenseman in the league, Drew Doughty can lay out some pretty powerful hits. Here, he takes out his anger on the youngster, Taylor Hall, of the Edmonton Oilers. Watch Hall fall backward on this play. Doughty straight up clothes-lines him: http://www.youtube.com/watch?v=8Q87_VKEWwE 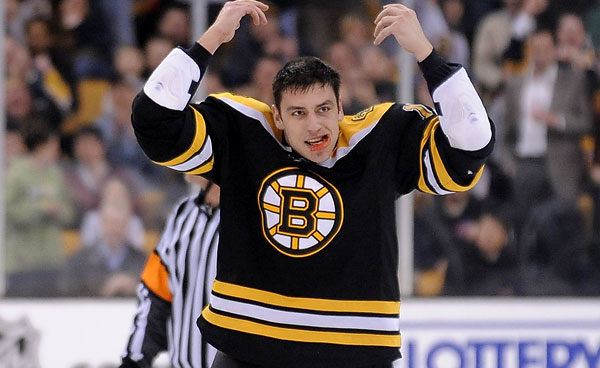 3) Milan Lucic Hit on Mike Van Ryn Breaks Glass – Milan Lucic can play dirty sometimes, but that’s his job. On the Bruins, he’s a big body who dishes out nasty hits and, oh yeah, he can score too. This double threat is partly what made the Bruins so successful during their championship run, and in Boston, Lucic has become immortalized. Here is one of the reasons why and trust me, this has been played over and over again by every Bruin fan worldwide: http://www.youtube.com/watch?v=JWqgizAD4FA 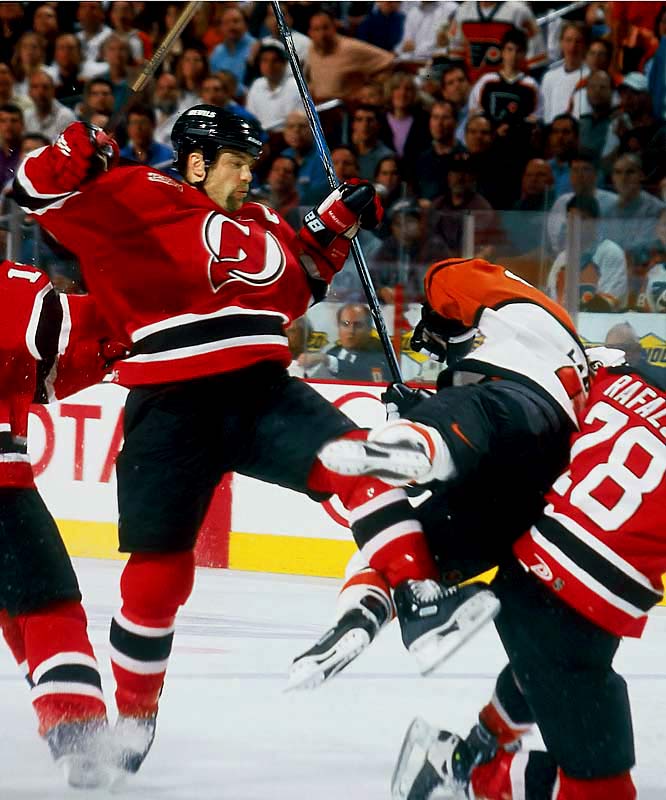 2) Scott Stevens on Philadelphia Flyer Eric Lindros – This hit is one of my favorite hits of all time, not because of the actual hit but because of the significance of who it was given by and who it was taken by. Eric Lindros was considered to be the best player in the NHL at the time. The New Jersey Devils came into the 2000 Eastern Conference Finals as the underdogs against the big bad Flyers, who were taking the NHL by storm. Captain Scott Stevens comes through and knocks Lindros out of the game, changing the pace of the rest of the series. The Devils moved on to win the series, and eventually win the 2000 Stanley Cup. Here is the hit, you can hear the shock in the announcers voice: http://www.youtube.com/watch?v=WVeqzYgTELk 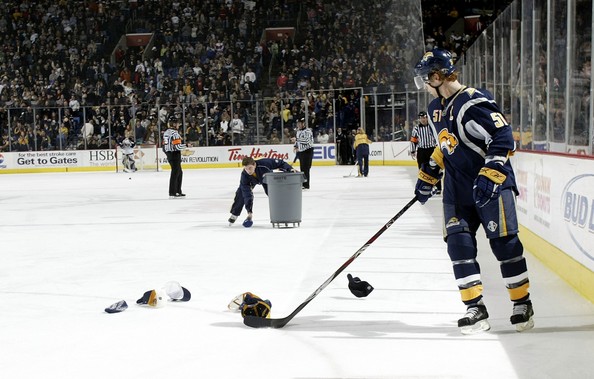 1) R. J. Umberger Absolutely Destroyed by Buffalo’s Brian Campbell – Perhaps not as significant as the Stevens hit on Lindros, but by far this is my favorite hit of all time. Flyer R.J. Umberger tries to skate out of his own zone, when Brian Campbell stops him dead in his tracks. You can see the shock on Umberger’s face, and as you can imagine, he has no idea where he is or what century he was just smashed into. It should be noted this was one of the most heated playoff matches of this century, and it featured two stacked teams that were hard hitting and loved to be physical. There is nothing better for a hockey fan. Enjoy this beautiful hit: http://www.youtube.com/watch?v=XD03ut-iUzg