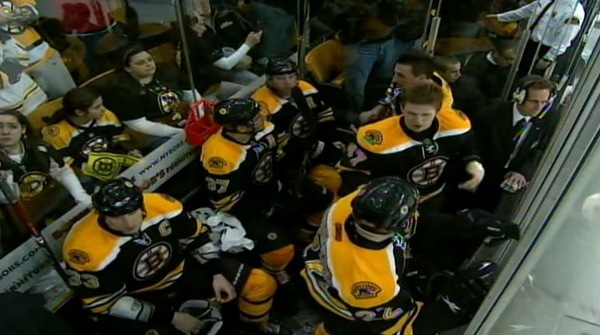 Recent history does seem to back this up. During the 2011-12 regular season, three of the top five most-penalized teams, Philadelphia, Ottawa and Dallas, all wear black. St. Louis, one of the other teams in the top-five of that dubious category, wears dark blue jerseys with black featured on the shoulders and logo. Two other black-donning teams, the Boston Bruins and Los Angeles Kings, make it into the top-11 most-penalized-teams category as well.

But why is this? As NPR goes on to point out, there are a few reasons. One is that black is easy to see against the backdrop of white ice, making any infraction easier to spot. Then there’s the possibility that wearing black makes players more aggressive. And there’s also the chance that referees are just biased against teams wearing black and/or dark colors, because of a “strong cultural association” that comes with “white being good and black being bad”, according to University of Florida researcher Gregory Webster (as told to NPR).

Whatever the reason, maybe its time for some new threads in the NHL.