Home / Comparison/Player Vs. Player / The 15 Worst Uniforms in Sports History

The sporting world has seen it’s fair share of silly looking jerseys. Whether they be the dullest things you’ve ever laid eyes on, or the brightest uniforms next to the sun. The top 15 worst uniforms in professional sports history. 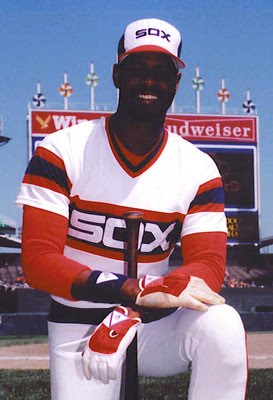 These uniforms look like giant old school Pepsi cans. The logo placement is bad and the sleeve stripes are awful. Maybe not the worst uniforms I’ve ever laid eyes on, but they definitely make the cut. 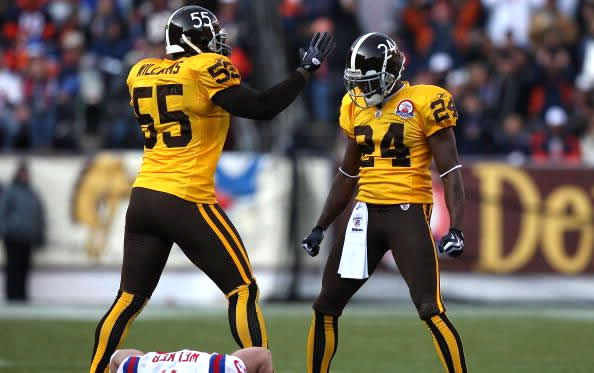 Nine times out of ten, if you mix yellow with sewage brown, you’re not going to like the results. That is certainly the case with these throw-backs. My second issue if with the numbers on the helmets. It looks cheesy.. Oh, and nice socks! 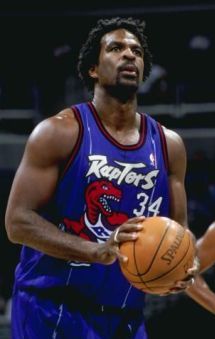 I really hated these jerseys. The whole dinosaur wearing a jersey (that turns out to be more visually appealing than the actually jersey itself) was a dumb idea. I did however like the Raptors log on these uniforms. The rest of it was a mess. It looks like the artist of the Raptor was 9. The only thing more disturbing than these jerseys is the fact that Charles Oakley found “twisties” to be a brilliant hairdo for a 48 year old man.

The only things that you can find in this color aside from these uniforms are various assortments of baby food and sweet potatoes. Who the hell was in charge of designing these things? And why did they last so long? Furthermore, who okayed the logo for these Bucs uni’s? Is that one of the “Three Musketeers”? What a disaster! 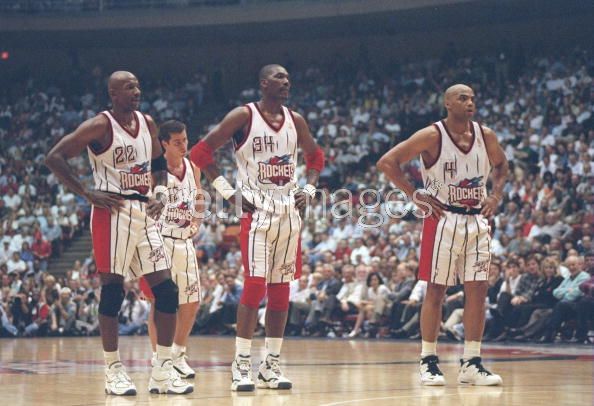 Quick! Can anyone tell me what legends, Hakeem Olajuwon, Charles Barkley and Clyde Drexler all have in common? If you guessed having to endure dreadful uniforms, then you sir, are correct. These are pretty similar to the Toronto Raptor duds we already looked at. The large image on the front sucks and the pinstripes are (Charles Barkley voice) TERRRRIBLE! 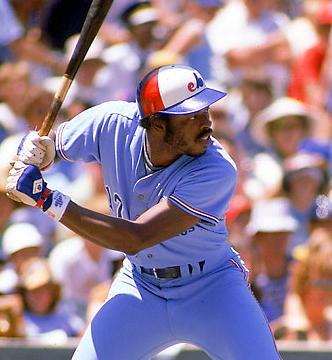 PETA is gonna flip when they catch on to the fact that Expos players wore uniforms crafted from the skin of real life Smurfs! Head-to-toe powder blue is never the answer. And the hat doesn’t even match the rest of the uniform. The entire jersey consists of powder blue, and then the hat is red, white and royal blue? This makes absolutely no sense. 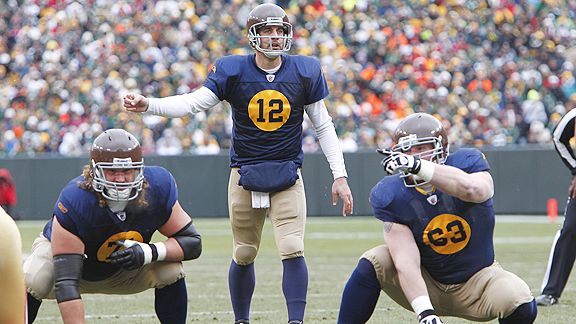 Tan, navy blue, yellow and brown? This is like a color car accident. I’ll never understand the concept behind these horrendous uniforms, or the fact that they still choose to wear them rather than hide their shameful past like most normal, respectful individuals would. 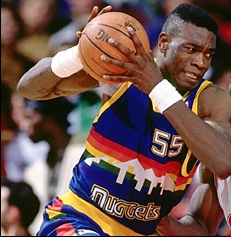 It’s very obvious that whoever created this concept was extremely high on LSD. “I’m freaking out, man“. It looks like Dikembe Mutombo jumped off a skyscraper and landed directly on top of the world’s largest pile of Skittles. There was even a point where they made these things green and navy blue, because that was clearly the move that would send these into the fashion hall of fame. 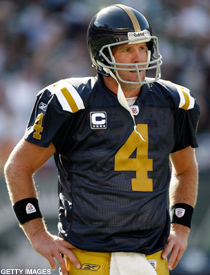 Teams are never gonna catch on to the fact that gold is ugly. Mixing an ugly color such as gold with a plain and boring color like navy blue will only enhance it’s ugly qualities. They actually look a lot like the current St. Louis Rams uniforms, which are also hideous. 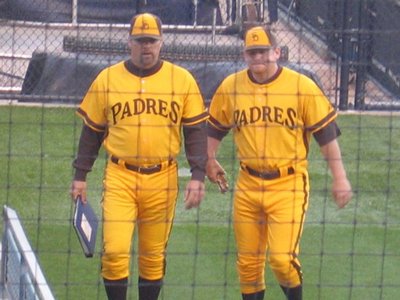 These particular uniforms make both gentlemen look a lot like Winnie the Pooh. But these aren’t the only horrid uni’s to strike the Padres organization. They’ve also fallen victim to the ugliest dessert camo outfits in the world. 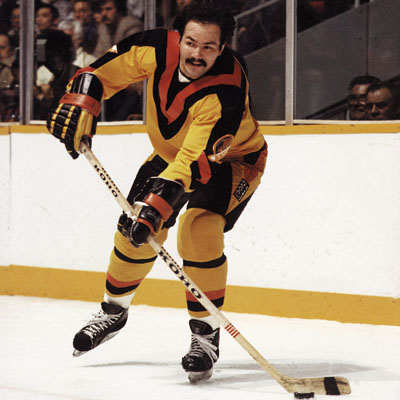 Ugly orange, even uglier yellow and some of the worst design work ever stitched together. It’s like a gigantic triple V-Neck shirt. These uniforms sort of reminds me of what Wolverine wore in the 70’s. 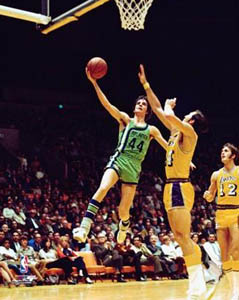 You would have needed a pair of Aviator’s when guarding Pistol Pete Maravich. These things are such a bright and offensive green, that I firmly believe that Atlanta should have started games docked 10 points. Those goofy stripes are also a disaster and check the socks! On a side-note. Peep how much the Lakers Jersey’s have changed over the years. I could hardly tell what team that was. 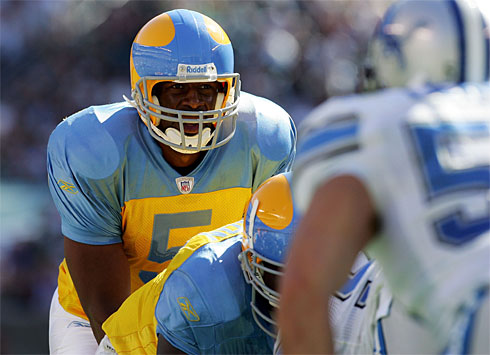 The first time I ever saw these hideous uniforms was during the Eagles week 3 game against the Detroit Lions during the 2007/2008 NFL season. It’s mostly the design that is flawed here, which totally makes you think the color scheme is wacked too. The Chargers and the Nuggets have both successfully pulled off the baby blue and yellow, but these Eagles jerseys couldn’t manage the same. Ugliest helmets I’ve ever laid eyes on! Quarterback, Donovan McNabb was quoted as saying “What the F*&# were those things!”. 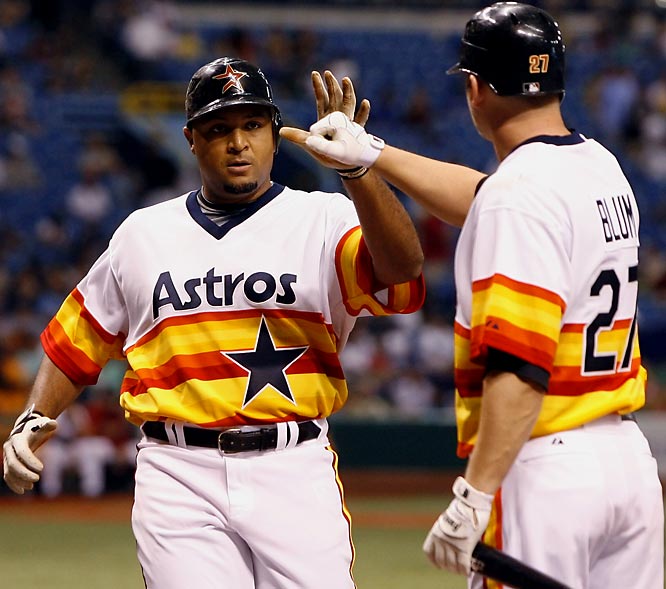 Hahahaha! Why do they keep pulling these things from storage? They literally hurt my eyes. They also jacked that star directly from the helmet of the Dallas Cowboys. At least switch-up the color. These uniforms are truly goofy!

Yeahhh.. There are 1,000 things wrong with these duds. The jersey kind of reminds me of a waffle. And nothing about this uniform matches. I dub this as, not only the ugliest jersey in Hockey, but the ugliest uniform in professional sports history. Congratulations to the Admirals!