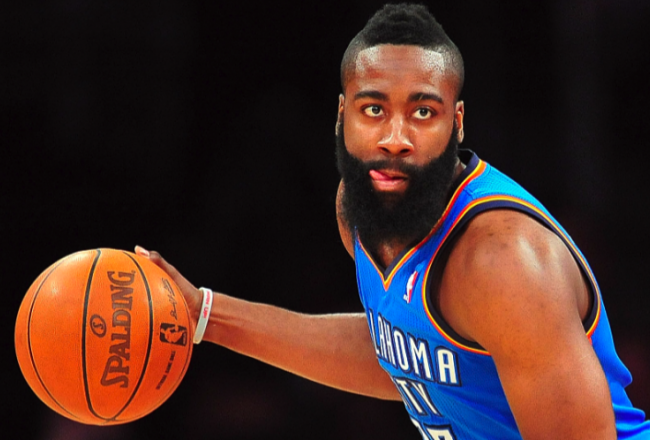 The Thunder made a surprising move days before the season, trading sixth man of the year James Harden to the Rockets in exchange for Kevin Martin, Jeremy Lamb and two first-round draft picks

“Sam Presti has done it again” should read all headlines in major newspapers. The Oklahoma City Thunder just did a bank heist on the Houston Rockets. Thunder GM Sam Presti, knowing he had three players locked up to long-term deals in Kevin Durant, Russell Westbrook and Serge Ibaka, knew he wouldn’t be able to give James Harden the max deal he was looking for. So, wanting to avoid going over the salary cap and facing luxury tax penalties under the new stiff collective bargaining agreement, Presti went ahead and pulled the trigger on a blockbuster trade. With this decision, Presti brought in two potential future starters in Kevin Martin and Jeremy Lamb for James Harden and a slew of bench players.

Here are the top five reasons the Thunder came away as winners in the blockbuster deal:

5.) The Thunder maintain their cap flexibility while actually getting younger

After this season if the Thunder decide not to resign Kevin Martin, they will clear close to 15 million dollars in cap space.  This would allow promising rookie Jeremy Lamb time to acclimate himself with the rigorous long season of the NBA, compared to college. This also allows Lamb to learn from Durant and Westbrook, two of the game’s brightest young players, instead of being thrown into the fray. Then if they let Kevin Martin walk after this season, Jeremy Lamb can fill that void. Lamb, ironically has been compared to Kevin Martin with more athleticism. He’s going to bring good defense, great three-point stroke and can score. Very high ceiling. Toss in two first-round draft picks with the 20-year-old Lamb and the Thunder actually got younger.

Please, let’s not be prisoners of the moment. Harden is a career 12.7 PPG, 2.5 APG, 3.4 RPG  player. He had his breakout season last year in which he posted a shade under 17 points per game. Did I mention he did this while teams were gearing their game plans around Kevin Durant and Russell Westbrook? Obviously teams are now going to be geared around stopping Harden, seeing that he’s the number one scoring option now with the Houston Rockets. He won’t have the luxury of having two of the game’s best players taking the pressure off of him, going up against other teams second unit’s and having the opposing team’s worst perimeter defender guarding him.  He’ll be the main focal point for teams to defend and tailor their defensive game plans around. Lastly, we all saw how Harden crumbled in the Finals against a defensive, athletic Miami Heat team. Are we certain he’s a max contract player?

Kevin Martin on the other hand is a proven scorer in this league that has one of the best shooting strokes from deep range in the game. Martin has averaged at least 20 points per game fives times in his eight years in the league. Martin is in the final year of his contract, thus he will be motivated to put together a monster season. Only being 28 years-old, Kevin Martin is also in the apex of his prime. And  perennial twenty point scorers that spread the court, just don’t come around that often. Look for Martin to get all the wide open shots Harden was a recipient of, with the defenses geared around stopping Westbrook and Durant. Stats would also suggest Martin is better at getting to the line than Harden with five years of reaching the charity stripe at least seven times per game.

3.) Jeremy Lamb POTENTIALLY could end up being the best player in this deal 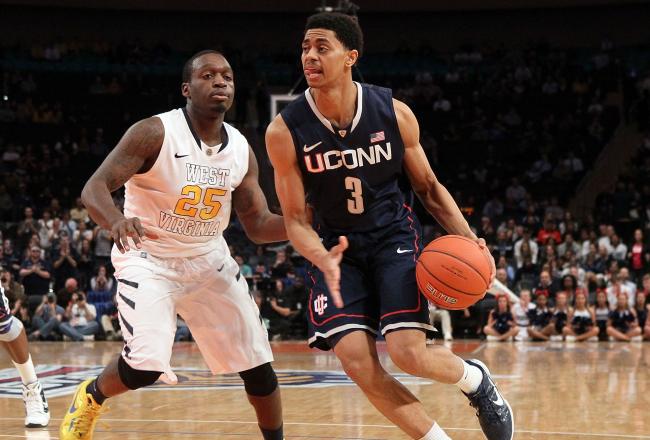 As I previously alluded to, Jeremy Lamb has a high ceiling that already has many attributes teams covet. Lamb can pull up off the dribble, stroke the three-point shot, get to the rim and with a seven-foot wingspan certainly talented enough to be a defensive stopper in this league at the wing positions. All of this while being dubbed a natural scorer. He’s longer than James Harden, can play defense better than Kevin Martin and he’s only 20 years old. Lamb is going to be playing against opposing teams’ second units while having the luxury of learning from Kevin Durant and Kevin Martin how to play the wing positions in the NBA. The obvious caveat in all of this; Lamb is a rookie, thus you really don’t know if Lamb will pan out and reach his potential. 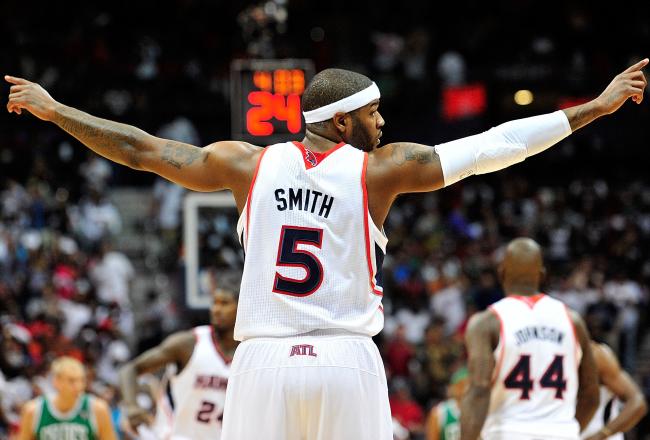 Could the Thunder use their assets to go after a player like Josh Smith who could be on the market after saying he’ll test free agency this summer?

The one thing everyone is forgetting in this deal, is the possibility of the Thunder making another blockbuster trade down the line. They have a 12.5 million dollar expiring contract in Kevin Martin, young assets in Perry Jones III, Jeremy Lamb and an array of first round draft picks. Could the Thunder turn some combination of that into Josh Smith?  What about Al Jefferson, who could be that low post scorer the Thunder covet? Point is the Thunder have options if the Kevin Martin era goes south quickly.

Another possibility is the Thunder could offer a combination of draft picks along with Perry Jones III and Jeremy Lamb to move up in next year’s NBA Draft. Sam Presti successfully went from being hamstrung into signing a sixth man into a max contract, to having a variety of options moving forward with two of the game’s best players (Durant/Westbrook) still in tact.

1.) The Thunder got better

The Thunder still have two of the best players in the game, while adding assets for potential trades or acquisitions in the future

Oklahoma City actually just got better. They can insert Kevin Martin into the starting lineup providing an even stronger scoring punch, while having the luxury of bringing Jeremy Lamb, Thabo Sefolosha, Perry Jones III and Eric Maynor off the bench. Sam Presti can still go out and find a quality bench player with experience, capable of filling the scoring void left by the James Harden.

The Thunder are a tight-knit group that just lost a fan favorite.  So initially it could hinder the momentum and experience they gained last year with their run to the NBA Finals. However, by Presti making this trade now opposed to the middle of the season, it allows Kevin Martin and Jeremy Lamb to become acclimated with the Thunder’s system while gaining valuable practice time.

Anytime you can add a 20 point scorer, multiple first-round draft picks and a young prospect with a high ceiling for essentially all bench players, you’re usually going to come out on top. The Thunder added one of the games best scorers over the last five seasons in Kevin Martin who is in his prime, motivated in a contract year. The Thunder pulled off a trade they had to make. This blockbuster trade allowed them to remain in the championship conversation this season, while not mortgaging, but improving their future. How often does that happen in a league filled with atrocious general managers?