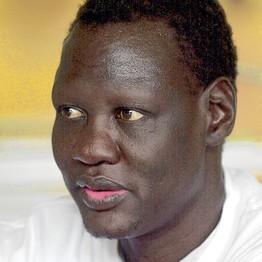 Manute Bol always reminded me of a big ass clown on stilts. As a child, I was terrified of Manute Bol. He had that big huge, round face and the long, lanky body. He moved in such an odd way. I always thought he was just some very ugly clown on stilts, I couldn’t never grasp the concept that he was just a large awkward dude. 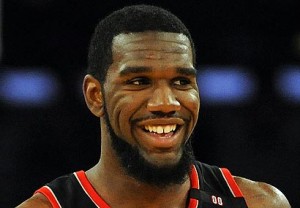 Why does Greg Oden, at the age of 23, appear to be 70 years old? This is what Lebron James will look like in 40 years. Do I at least net a reward for finding the missing link or what? Greg Oden looks like the love-child of the Geico Caveman and Aretha Franklin.
#2: Sam Cassell: 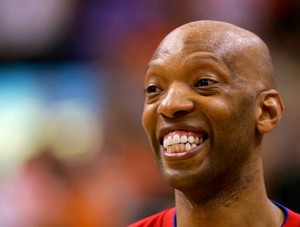 Ok, so what do you get when you cross E.T., Gollum, Admiral Akbar and The Alien from Enemy Mine? Sam Cassell, but I’m sure you saw that coming. I went into this list believing that Sam I Am would be my guy sitting at the #1 spot. He sure has an ugly mug. He looks like basically every alien imaginable, with worse teeth. But he still can’t top the one player.
#1: Tyrone Hill: 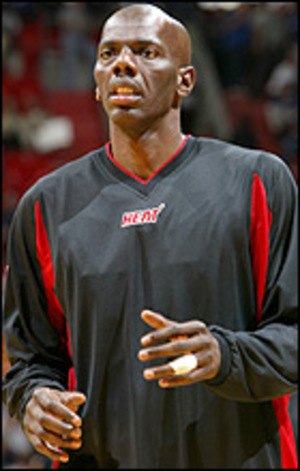 Tyrone hill looks like a mummy. I’ve never seen a living human being with a nose that starts and ends at the bridge. He looks like a Vampire Bat. Tyrone hill needs to climb back into his grave and stop scaring people. He looks like he’s dead, or like Willem Dafoe as a vampire. I mean, seriously, did he steal that nose from Michael Jackson’s tomb?