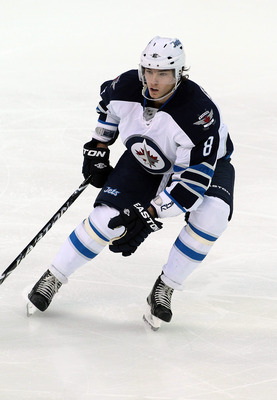 Russia has always been a source of great hockey players. From the dynasty of the Soviet National team in the 1970’s and 80’s (the one that needed a “miracle” to be beaten); to past NHL stars like Igor Larionov, Sergei Federov and Pavel Bure; to today’s greats like Alexander Ovechkin, Pavel Datsyuk and Evgeni Malkin, Russia has always exported incredible talent to North America’s top hockey league. But since the league lockout in 2005, when a lot of NHL players chose to go overseas and a lot of foreign players chose to stay in their home countries, it appeared as though the Russian pipeline to the NHL was drying up. Since the influx of NHL players into foreign leagues like the Swedish Eliteserien, the Finnish Elite League and the Russian KHL legitimized those league, and made them attractive places to play, more and more foreign players, especially Russians, were choosing to play in their native country, bypassing the chance to play in what used to be the world’s only premier hockey league, North America’s NHL. Only one Russian player (Nikita Filatov, 6thoverall by the Columbus Blue Jackets in 2007) was drafted in the top ten slots of the NHL Entry Draft from 2007 to 2009 until the Atlanta Thrashers, with the eighth pick in the 2010 Entry Draft, chose a small, 6’1”, 180 pound Russian forward named Alexander Burmistrov, making him the first Russian top-10 pick in three years. And now, it appears as though Burmistrov, unlike Filatov, who busted in Columbus and was sent to Ottawa for a mere third round pick, is destined for NHL stardom.

Since 2001, the Atlanta Thrashers franchise had actually been built around another premier Russian forward, winger Ilya Kovalchuk. But after he refused to re-sign with Atlanta, a team that had only made the playoffs once in Kovalchuk’s nine-year tenure with the team, the Thrashers traded him to the New Jersey Devils for a host of players and a few draft picks. Atlanta, a team perpetually in a state of “under construction,” had lost their franchise player, and had no choice but to begin rebuilding. With the first pick they had following the departure of Kovalchuk, the Thrashers took Burmistrov. The slender Russian forward struggled early on, but the Thrashers chose to keep the 19-year-old at the professional level, rather than returning him to his junior level team, as many rookies are. Atlanta wanted their new franchise player to get as much professional experience as possible, and fast track his development so he could become the player they envisioned he would become when they made him a top-ten pick in the 2010 draft. But, Burmistrov predictably struggled in his rookie year, notching only six goals and 14 assists for a total of 20 points, with a -12 rating while playing in 74 of 82 of Atlanta’s regular season games. But the Kazan, Russia native flashed his immense potential and talent in certain games, particularly against the powerhouse Washington Capitals when he scored what was arguably the best goal from any player in the entire 2010-11 season.

Atlanta missed the playoffs in 2011; the team struggled with ticket sales, as it had in the past, and after the conclusion of the 2010-11 season ended up being sold to TrueNorthSports Group, who moved the team to Winnipeg, Manitoba in Canada, and renamed the team the Winnipeg Jets.

Winnipeg hadn’t had a hockey team in 15 years, ever since the original Jets franchise moved to Arizona and became the Phoenix Coyotes. The city was eager for hockey’s return, and from what has happened in the first few weeks of the 2011-12 season, Burmistrov has been ready to deliver what the fans have been looking for. A year after toiling in Atlanta, ice hockey’s version of purgatory, Burmistrov is the Jets’ leading scorer, and has delivered at an incredible point-per-game pace. Through 8 games this year, he has two goals and five assists for a total of seven points- all of those are team highs. His +/- rating is at +4, a far cry from last year’s -12. That +4 rating is also a team-best. Burmistrov’s playing time has gone up to about 20 minutes per game, and he’s been playing on the Jets’ top line, after spending his rookie year mostly on the third and fourth lines. His playmaking ability has also earned him a spot on Winnipeg’s top powerplay unit, on which he’s set up a goal. “Burmy’s” passing, shooting and playmaking is better. His scoring is up, and former NHL goaltender/current NHL.com analyst Kevin Weekes called him “the most underrated player in the league.” At the very least, he’s looking like he was worth the eight overall pick in the draft. Alexander Burmistrov is ready to be the NHL’s next great Russian player.