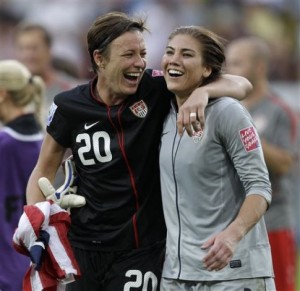 On the anniversary of the 1999 historical World Cup win for the UnitedStates women’s soccer team, the ladies staged an amazing comeback and eventually defeated powerhouse Brazil 5-3 in penalty kicks to advance to the semi-finals.

Battling against not only a favored Brazil team but seemingly the officials as well, the 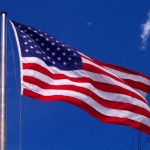 United States tied it 2-2 with only minutes remaining on a clutch header from team leader Abby Wambach.

Despite an insanely controversial call on how US goalkeeper Hope Solo defended a penalty kick saying she moved too early, she showed incredible composure in stopping Brazil’s second attempt, paving the way for the 5-3 shootout win.

The game was a must-win for the US girls, who would have been eliminated from the  World Cup with a loss. Wambach and Co. had a different idea, and during a post-game interview she said:

“I’m honored to be here. We can win this tournament. I don’t know if you can write a better script. We got a win!”

Talk about destiny, as Sunday was the anniversary of when the 1999 United States women took the world by storm, and today’s win was a nostalgic flashback to Brandi Chastain’s winning kick against China during their magical run.

The United States moves on to the semi-finals where they take on France, and if they can ride this momentum have a real chance to make history repeat itself and win the World Cup with the entire world watching.