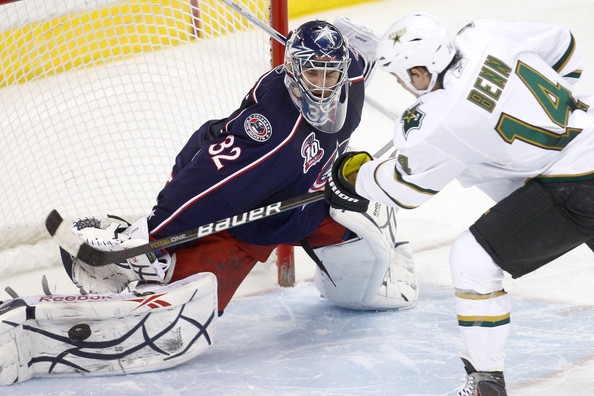 So, why is Jamie Benn so good? Yes, he’s still unbelievable despite not being on the Penguins.

Because Dallas is a deceptively good team, despite their low attendance for home games, and Jamie Benn is one of the reasons they are so good. The Western Conference this year is poor, they don’t have the talented teams the East does, and I think despite whoever wins the Western Conference in May, I think the East will win the Stanley Cup.

However, the Dallas Stars are surprising people early. They are 6-2-0 in their first 8 games with 12 points, and looked good in the process. It’s surprising because the Stars were not supposed to be this good. They didn’t have the talent to compete with a very harsh Pacific Division, and they were supposed to be one of the bottom-feeders of the league this year. However, they have jumped the gun and rode their momentum into a very impressive start that has everybody’s head turned.

With all this success, Jamie Benn has prospered. He has 2 goals and 5 assists in the Stars first 8 games of the season. He was extremely impressive on this goal against the Columbus Blue Jackets (who are 0-7-1 to start the season, and the last team in the league that hasn’t won a game yet). Check out Benn’s goal here:

Dallas is going to be good this year, despite being in one of the toughest Divisions in the league. They have the goalie, they have a stellar defense despite what people say about it, and they have players like Jamie Benn who beat all 5 players plus the goalie to score a goal. I’m going to watch that goal again because it was just that awesome.