The Boston Bruins smoothly regained there long lost swagger Wednesday night in Vancouver, dominating the Canucks 4-0 on their way to their first championship since 1972. It is a big victory for the city of Boston, especially after the Celtics disappointed in the 2011 NBA Playoffs. 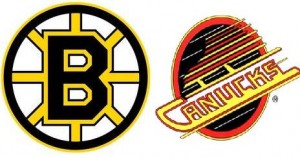 From the get go, it appeared the Bruins came out with the heart of a champion with a thrilling sense of urgency, quickly grabbing a 1-0 lead at 14:37 in the first period when Patrice Bergeron torched Roberto Luongo and scored on a lightning quick snap shot.

The lead was furthered just ten minutes later, when Brad Marchand netted a goal, giving the Bruins a 2-0 advantage and demoralizing the bewildered audience in Rodgers Arena, which was celebrating its 40th Anniversary.

The Bruins poured it on, as Bergeron scored again at 17:35 in the second period, and they never looked back from there. Marchand goaled an empty netter with two minutes remaining, putting the game completely out of reach at 4-0, even though it was never in sight for the overwhelmed number-one seed Canucks. This was the third game 7 victory for the Bruins in the playoffs, another unbelievable accomplishment for the Bruins in their fairy-tale like run to the championship. 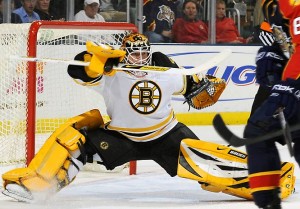 Bruins goalie Tim Thomas notched his 5th career post-season shutout, and his second of this series, earning him the MVP award. His stellar domination thoroughly frustrated Vancouver, and the Bruins took complete advantage in all facets.

An interesting subplot was injured Vancouver fan favorite Mason Raymond riled the crowd up in the first period from the sideline, which gave a feeling that the Canucks may have been destined to win. However, the Bruins had a similar situation in game six when Nathan Horton made a similar appearance at the TD Garden. In essence, both have not only a championship to play for, but injured teammates who were quick to inspire.

The Bruins had been the odd-man out in the city of Boston’s recent sports success, with the Red Sox and Celtics each nabbing titles not so long ago. They can finally remove the chip from their shoulder, and reinstate the nickname given to the city by Celtics star Paul Pierce on his Facebook page: City of Champions. It appears the Celtics public support of their cross-sport team with whom they share a home floor says something about Boston, its teams, its passionate fans, and the city itself. Even if you despise Boston teams because you are a fan of a rival, there is no denying the toughness and heart all of its teams regularly display.

The Bruins also accomplished a rare feat, being one of the few American-based NHL teams to win a game 7 on the road in the Finals in Canada. It is a heartwarming story, as the Canucks were the favored team throughout the playoffs, but everything seemed to go wrong for them in the most important game. Hopefully, this is a sign of things to come for the Bruins, and it won’t be another 39 years before they are once again hoisting the Stanley Cup.