Round three of the Masters at Augusta National kicked off on Saturday. Rory McIlroy, the fearless 21-year-old led the way with -10 after two rounds of play. He would be paired with fellow youngster, Jason Day for the third day. Day, with a firm grip on 2nd place at -8 has been playing very well and should be a formidable match for Rory all the way through Sunday. 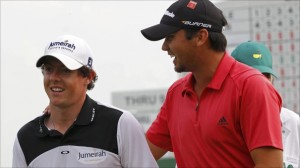 Day three is the day that can really make or break your chances. Rory saw his stock rise as he was able to build his lead by four strokes over Day. We also saw Tiger struggle after having such a beautiful 2nd round. Rickie Fowler shot a +4 and watched his total drop to a -1. K.J. 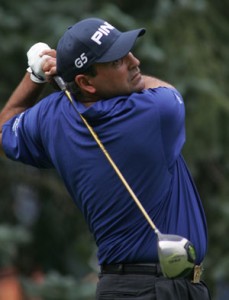 Choi stayed on track by shooting a 71 and finishing the day with a -8. We watched the 2009 winner, Angel Cabrera, float under the radar and shoot a 67, dropping his Masters total to a -8.

Bubba Watson and Adam Scott both shot 67’s to make themselves relevant. Phil Mickelson only managed to shoot a 71, mirroring his totals of 70 and 72. Lefty sits at a -3 and you have got to think he’s just about dead in the water after three average rounds. McIlRoy will still need to keep sinking Birdies and keep the pressure on these players below him.

Charl Schwartzel (-8), Luke Donald (-7) and Bo Van Pelt (-6) are still nipping at the heels as well. While the young-gun (Rory McIlroy) is still very much in charge, he’ll need to be vigil and keep creating space between him and this 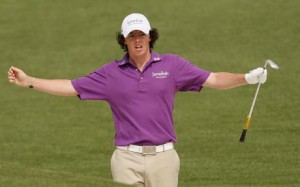 talented field if he’s to become the second youngest (Tiger Woods was younger by less than a year) to sport the green jacket. I believe at this point, McIlroy has proven to not only be fearless, but also that he has serious game. He was quoted as saying he’s no longer afraid of Tiger Woods, and that really seems to be the case. All and all, Rory has been fun to watch thus far and really seems like the picture-perfect player to carry this new generation of golfers on the PGA tour.