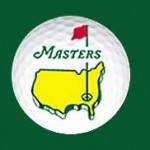 The final round at Augusta proved to be the selling point for the whole match, as it often does. Tiger Woods played well, but not well enough to recover from his stumble on day three. Rory McIlroy blew a three-day lead and the consistent Charl Schwartzel just kept chipping away.

A lot of critics expected Rory McIlroy walk into round four and completely implode. He did just that. The 21-year-old, McIlroy, wouldn’t be the first player in Masters history

to head into the final round with a comfortable lead and squander it. But, he could possibly be one of the most heart-breaking. The wide-eyed, McIlroy, had the world believing in his, almost cocky sense of confidence and his seasoned sensibilities.

The way he seemed to have taken all of the Augusta pressure, crumbled it into a wad of paper and tossed it into the trash. It was shaping up into a great story. In the end, it was he (McIlroy) who crumbled on the final leg of the 2011 Masters at Augusta. This famed course has swallowed It’s share of worthy golfers over the years and unfortunately, Rory McIlroy found out just how unforgiving the final

eighteen could be. This kid played his heart out. He gave it his all, he had the lead for three days and just couldn’t hold on for the final round.

He had a rough day, posting an abysmal 80 for the round. Even before he racked up a three-putt on 10, followed by a tee-shot into the woods on 11. Rory was already in full self destruct mode by then. In the end, this may be a good learning experience for this youngster, who is bound for great things in the golf world. That lesson is, no lead is ever too big, and no man is immune to the pressures of the game on its biggest stage.

Tiger Woods shot a 67 on the day and ended up with a -10 for the tournament. Tiger had some great moments that

took all of our minds back three or four years, and reminded us that Woods can still play. He still has the talent and still has the feel for the game. He just seems to lack a little something that used to set him (Woods) apart. He’s had a rough couple of years and I still fully expect woods to correct the ship and take on Jack Nicklaus’ record.

Tiger’s ugly 3rd round is really what gave him problems. If you’re Tiger Woods and you’re playing the Masters at Augusta, you don’t have rounds of 74. You just don’t. You can’t expect to win with rounds like that. All in all, my hope for Tiger is restored and hopefully he turns it around quickly and becomes the true champion that i believe him to be once again.

In the end, there can be only one, and Charl Schwartzel was that man. The 26-year-old, South African, posted a 66 in the final round of play, bringing his total to an astounding -14 for the tournament. Schwartzel kind of flew under the radar all week-long. I rarely heard him mentioned with the likes of Woods, McIlroy, Mickelson, Fowler, Day, Scott and Donald, but in the end, he suits up in the green blazer. He takes home over 1.4 million dollars, and he gets the respect. I’ll be the first to admit that i really never mentioned a word abou

t Schwartzel, aside from him being there, amongst the top 10-15 for the week.

Other than his score, i didn’t really give him much of a shot. He didn’t get much media exposure. Reporters were more concerned about Tiger Woods, Rory McIlroy’s age and Rickie Fowler’s attire. I think, in a way, that may have helped Schwartzel. The pressure was kind of placed in other areas. He (Schwartzel) had to just keep playing up and down, raking in low rounds and waiting until day four to make his move. He did, and now he’s rewarded. My hat goes off to Charl Schwartzel, he simply played golf and let his score do the talking.

All in all, this may have been my favorite Masters in some time. I enjoyed the young players shooting it out, the fight of Tiger, i thought the pairings really worked well and it was a beautiful four days out on the links at the one of the most storied courses around. At the end of the day, a great player was awarded the Green Jacket. What more can you ask for?