When I think of the word “icon”, specifically in sports, I think of someone who is instantly recognizable as the face of their respective sport. I can immediately call to mind that person’s accomplishments and relevance in the sports world. For this piece, I took a different approach, and chose ten different icons in ten different areas of sport. Enjoy! 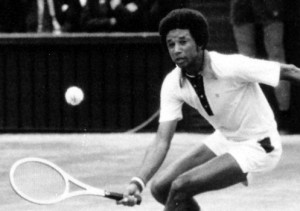 Arthur Ashe has a slew of tennis accolades as well as off the court notoriety. He won three Grand Slam titles, was the first African-American player to be selected to the Davis Cup squad, as well as being the only black player to win singles titles at Wimbledon, the US Open, or the Australian Open. Ashe is also fondly remembered for his work in social causes and as a Civil Rights activist. 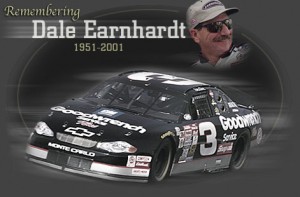 This one was a toss up between Earnhardt and Richard Petty, and the iconic nod goes to “The Intimidator” because he competed in a far tougher era of racing. Earnhardt won 76 races during his career, including seven championships and a Daytona 500 victory. Sadly, Earnhardt was killed February 18, 2001 after a crash on the final lap of the Daytona 500 far before his career was over. He is a member of of the inaugural class of the NASCAR Hall of Fame. 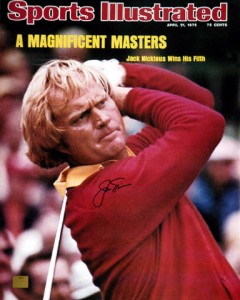 “The Golden Bear” Jack Nicklaus is widely considered the most accomplished professional golfer ever to step on a course.  He was so good in fact, that he didn’t even play in many tournaments because he focused solely on Majors. In 25 years, Nicklaus garnered 18 championships, 19 second place finishes, and nine third place finishes in Major events on the PGA tour. Amazingly, he is still second on the PGA All-Time tournament list with 73 wins without even concentrating on many tournaments outside of Majors. I can only imagine the amount of victories he could have amassed had he played as much as he could have. 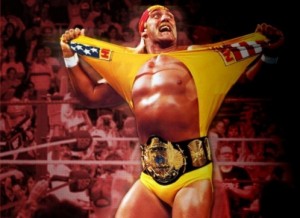 I know I know, people will say wrestling is fake, but get real. The things these guys put their bodies through while performing over 300 days a year should count for something athletically and iconically. That is more than baseball, football, and basketball combined. Most of these guys suffered injuries and hardships after their careers because of their dedication to their craft. And nobody did it better than the Hulkster. He single-handedly put Sports Entertainment on the map in the 80’s and 90’s, and instantly became not only a sporting icon, but a cultural and American icon. He is one of the most, if not the most, recognized wrestler in the world. 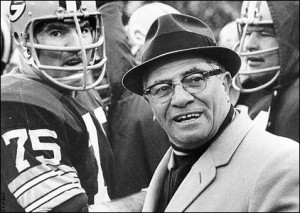 Surprise! No player here. Vince Lombardi is solely responsible for the word “dynasty” in the National Football League. His Green Bay Packers coached teams in the 1960’s were absolutely dominant, winning five league championships in seven years, as well as the first two Super Bowls. He epitomizes what a coach should be, and what football and winning  are all about. No player can realistically be compared to the effect Lombardi had on the sport, and that is validated with the Super Bowl Trophy being named after him. 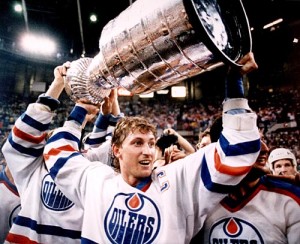 His nickname “The Great One” doesn’t need much explaining. Considered by most to be the best hockey player to ever exist, his plethora of  NHL records is almost unbelievable. In his 20 years in the league, Gretzky became the NHL’s leading point scorer in history. When he retired in 1999, he held 40 regular seasons records and 15 playoff records. He is the only player in history to score more than 200 points in a season, and he did that four times! No other player, not even the young stars of today, can match Gretzky’s popularity. It’s safe to say he will probably always be the face of hockey. 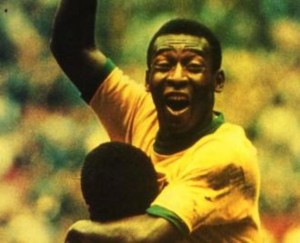 Pele is the true definition of a national hero, and he accomplished that in soccer, which is the most popular world-wide sport. His accolades are unmatched: voted Footballer of the Century by the Federation of Football History, voted Athlete of the Century by the International Olympic Committee,  and he is the top scorer of all-time (that record has stood since his retirement in 1977). In his native Brazil, he is loved and revered for speaking out to improve the conditions of the poor class. A true class act as a person, and a king on the field, Pele is truly an all around sports icon. 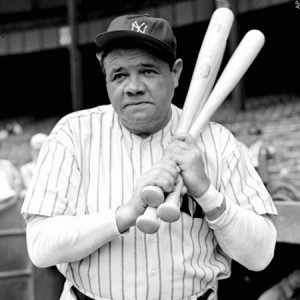 Easily the most recognized name in baseball lore, George Herman “Babe” Ruth was solely responsible for the game of baseball’s popularity eruption in the 1920’s. His flashy personality, social prowess, and gargantuan home runs made him an instant hit in American society. “The Bambino” was second to none in the era in which he played, leading the league in jacks twelve times and even batting .393 one season. Ruth is not only one of the most legendary and popular baseball players ever, but in sports history period. 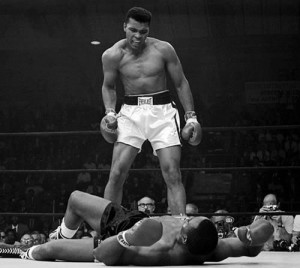 Ali, born Cassius Clay, is arguably the best Heavyweight boxer ever. “The Louisville Lip” dominated a time in boxing during the 1960’s that is nicknamed “The Golden Era.” He was named “Fighter of the Year”more times than any other fighter, was involved in more “Fights of the Year” than any other fighter, and defeated every other top heavyweight during his tenure. Ali is a member of the International Boxing Hall of Fame, and is one of only three boxers to ever be named “Sportsman of the Year.” A 1993 poll had Ali tied with the aforementioned Babe Ruth as the most recognizable athlete, dead or alive. I dare say as a boxing enthusiast that we will never  see another fighter dominate his era, which was a very tough era, the way Ali did. He was simply “The Greatest.” 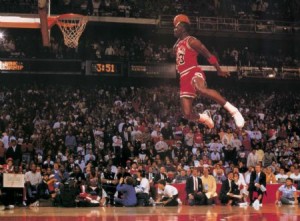 His Airness is the most recognized athlete on the planet, and during his playing days was far and away the most marketable NBA player, as well as being instrumental in popularizing the game globally. The NBA website even states that MJ is “the greatest basketball player of all-time.”  His list of league accolades would require a novel, but Jordan won six NBA titles by way of two “three-peats.”  He was a 10x scoring champion, 14x All-Star, 9x All-Defensive team member, and a 5x MVP. Michael is still currently active in basketball, being majority owner of the Charlotte Bobcats. His Jordan brand sneakers and apparel are still as popular as ever even though he’s been inactive playing since 2003. His legacy will forever live on, and it’s highly doubtful, even as the game evolves, that we’ll ever see a player as great and popular as Mike again.