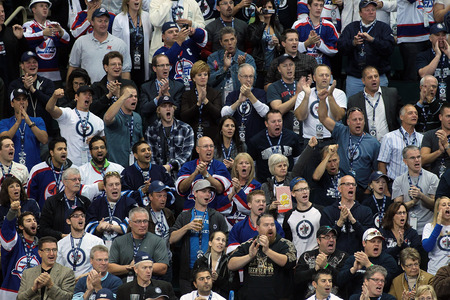 Sunday, October 6th showed us all what it is to be hockey fans as we welcomed the new Winnipeg Jets into our NHL family.

It’s important to mention the history behind the franchise to understand the importance it now has on the league. In 1996, due to mounting financial issues, the Winnipeg Jets were bought out and moved to Phoenix, Arizona to become the Phoenix Coyotes. Since then, fans in Winnipeg lobbied tirelessly to bring the NHL back to their beloved city. After 15 years of hard fought battles, prayers were finally answered when True North Sports and Entertainment, a Manitoba-based company that owns the MTS Centre in Winnipeg, purchased the Atlanta Thrashers and announced their intention to move them back to Canada. The response was a unanimous outcry of pride from the natives. After 15 years of suffering without a team, the NHL had finally returned home.

On May 31st 2011, Commissioner Gary Bettman confirmed that indeed the Thrashers had been purchased by True North with the intention to relocate the team to Winnipeg. Ticket sales were sold out 17 minutes after being released to the public. The team then put people on a season ticket waiting list, but shut it down after the list grew to 8,000 people. And the excitement was only beginning to grow.

At the NHL Entry Draft on June 24th, True North officially announced the name of their new franchise: the “Winnipeg Jets“. With the 7th 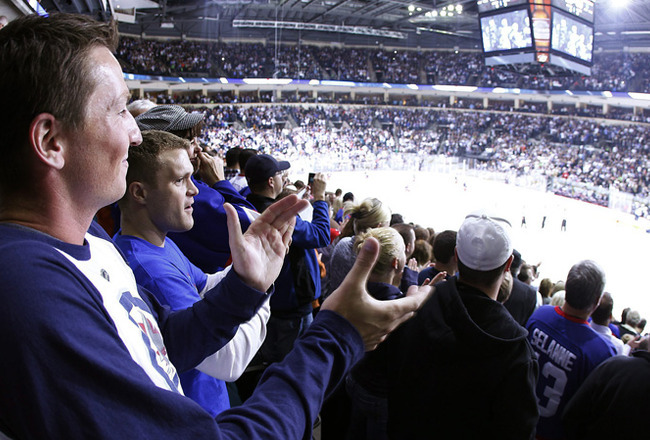 overall pick in the Draft, the new Jets surprised everyone and acquired 18-year old center Mark Scheifele, who was extremely impressive in camp and made the opening day roster for the Jets.

And then Sunday, October 6th happened. The new Winnipeg Jets were to play their first game back in the NHL after a 15 year hiatus. The crowd was rambunctious, cheering loudly for their new franchise. The excitement grew until the puck was finally dropped, and continued for the rest of the game. Hockey was finally back in Winnipeg.

The Jets looked sloppy throughout the game and lost to the Montreal Canadians 5-1, but you couldn’t tell. The crowd of 15,004 at the MTS Centre in Winnipeg, including NHL brass and the Prime Minister of Canada,  rose to their feet in a standing ovation as their loosing team left the ice surface. It didn’t matter that they lost, or lost by four goals, the NHL was back and, for Jets fans, that’s really all that mattered.